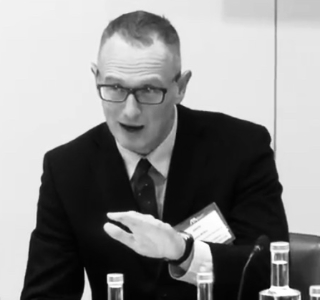 Simon originally qualified as a solicitor before transferring to the Bar. He was one of the few solicitor-advocates qualified in both civil and criminal proceedings. He has exercised higher rights, including before the Supreme Court in a key secret justice case, since 2003.

His experience as a solicitor means he understands the pressures on those who instruct him and can often assist with an early and informal view on the merits of a case, advice and assistance on case management and where necessary preparation.

As a young and in fact unqualified lawyer Simon handled the case of Private Lee Clegg, a paratrooper convicted, but later cleared of murder following a fatal shooting in Northern Ireland. This was his first Supreme Court (House of Lords as it then was) case and at that time, most high profile. He was later involved in some of the country’s most notorious murder and other serious criminal cases as well as civil law claims and public law challenges against the state, police and other public authorities.

Between 2000 and 2004 he worked for a Government department advising on national security-related matters, counter-terrorism operations and the whole range of surveillance law issues (from interception and other covert surveillance to informers and witness protection matters). He was one of the Attorney General’s Special Advocates (Terrorism) for ten years and retains his expertise in the handling of sensitive intelligence, disclosure, terrorism and other national security-related law generally (such as, for example, Official Secrets Act offences).

Simon is the author of the leading textbook on the interception of communications, informers, encryption and covert surveillance law: Covert Policing Law & Practice published by Oxford University Press. View here…

Crimeline described it as “certainly not the only book available that discusses the wider implications of RIPA, but it is the most up to date and the best”.

Simon has also just written Blackstones’ Guide to the Investigatory Powers Act 2016 (published November 2017) and jointly written chapters for other books. He frequently writes papers and articles for peer-reviewed publications and the news media and for the legal press.

His advocacy has been the subject of positive judicial comment, the former Lord Chief Justice, Lord Thomas referred to his “realism and strength of advocacy” and that he had argued his case “responsibly, attractively and with vigour” and Wyn Williams J said he “argued [his client’s] case with conspicuous skill and moderation”.

Simon McKay remains committed to practising in both the civil and criminal jurisdictions.